Now, the VOA Special English program, Words and Their Stories.

Many professions have their own words and expressions. This is true for the medical profession. Doctors use many technical terms that most people do not understand. But there are also expressions we use everyday to tell about a person’s health. Let me explain.

Last month, I was not feeling well. I was under the weather. I thought I had caught a cold. I had a runny nose, itchy eyes, a sore throat and a cough. I felt tired and run down. I was in poor condition because I had not been getting enough rest.

My body hurt all over. I also had severe head pains --a real splitting headache. And I was running a fever. My body temperature was higher than normal.

At one point, I blacked out. That’s right, I was out cold. I lost consciousness and my friend had to bring me around. He used cold water on my face to restore my consciousness.

I grew concerned that I might take a turn for the worse. I did not want to become sicker because then surely I would be at death’s door.

My friend took me to the doctor. I told the doctor I thought I had come down with a cold. When the doctor saw me, she immediately wanted to run some tests. She said that medical tests would help her discover why I was sick. The doctor also asked when I had my last physical. I do not get yearly check-ups. But I probably should get a medical exam by a doctor every year.

Then the nurse drew my blood. She used a needle to take a small amount of blood from my arm. She sent it to a laboratory for tests. The nurse also took my temperature. She used a thermometer to measure my body temperature.

The doctor told me I had influenza, or the flu. But she told me I would recover soon. She said I was over the worst of the disease. She told me to rest at home and to stay away from other people because the flu can spread. It is contagious.

Thankfully, I did not have to go under the knife. I did not need an operation. Instead, I did just what the doctor ordered. I went home and did exactly what was needed to become healthy again. Soon, I was on the mend. I was pulling through and recovering from my sickness.

Now, I am back on my feet. I am physically healthy again. Even better, the doctor has given me a clean bill of health. She says that I am one-hundred percent cured. I am back to normal and I feel great. In fact, I feel on top of the world. My friends say I now look like the picture of health. 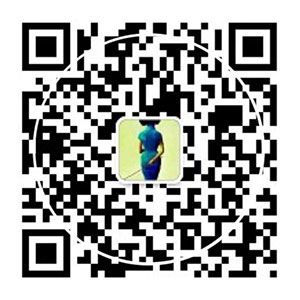